Criogenesis is based on an inquiry related to the writing of natural harmonics. Using as a metaphor the technique of "criogenesis", the music unfolds in a small area, confined mainly in scanning harmonic glissandi.
To do so, I opted for a writing system in which I separated the parameters of bow pressure and position of the left hand, also the attack of the bow, to ultimately consider these parameters in a context of polyphony. Normal ponticellos always played very close to the bridge are producing continuous tones with the main mode of writing.
The result of those scans and figures are, in the form of a metaphor, what might happen if we applied (which in itself has value only poetic, or stimulation of the imagination, of course !) the technique of "criogenesis" to the harmonic series of strings of the cello and then we discovered, after a freezing time ad. libitum, a matter still alive : a kind of "cello's initial substrate"...
This may be used as a framework for interpretation involving a particular attitude like scientific approach to the instrument.
In 2019, a new version has been premiered by Ensemble Musikfabrik with addition of "mute voice telling Schopenhauer insutls". 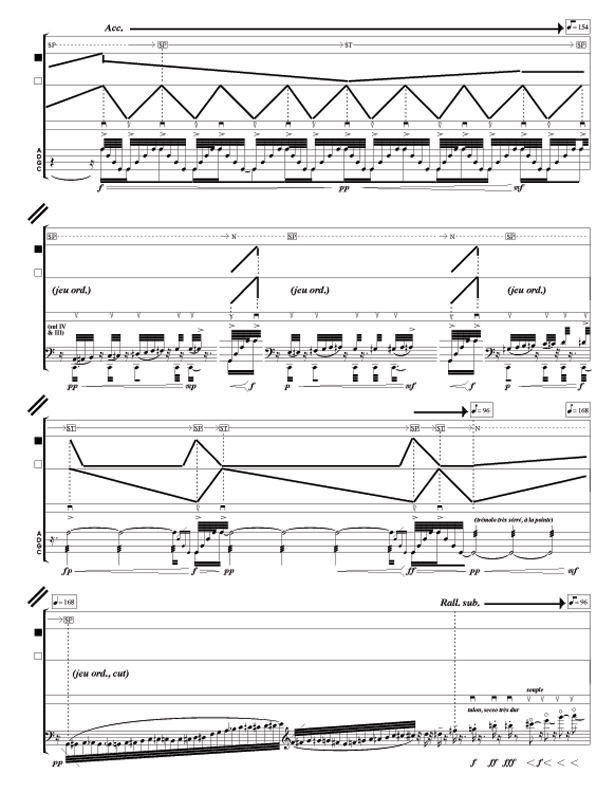