« Alan T. » by Pierre Jodlowski at the Warsaw Autumn Festival

For its 64th edition, the Warsaw Autumn Festival, one of the most important events of contemporary music, commissioned Pierre Jodlowski, Alan T., a chamber opera centered on the life and work of mathematician Alan Turing. 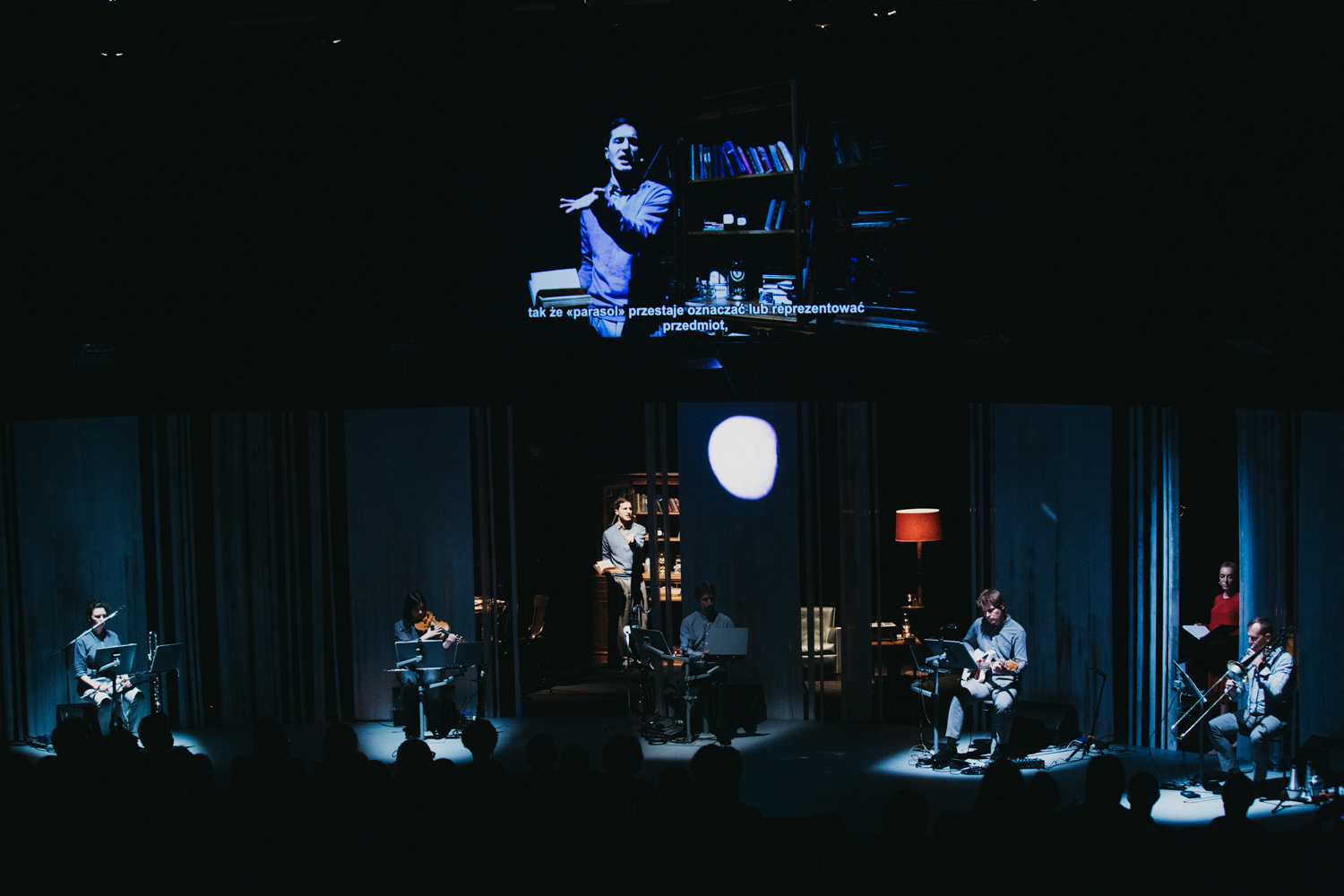 In addition to being very charismatic since 2014 with the biopic Imitation Game, the figure of Alan Turing (1912-1954), hero of modern times, is proper to support an opera subject. Pierre Jodlowski, composer and stage director whose work is never disconnected from social reality, as shown for example by his previous Jour 54 / After 53 jours de Georges Perec and Artaud Corpus Fragments.

This is surely the reason why Alan T., performed here as a world premiere, is one of the highlights of the festival. Multiple are the references of this total spectacle as well as its layers of comprehension, thus at the very beginning, when is displayed quickly one after the other, neon green on a black screen, and in the muffled clicking of a telegraphic transmission, the letters of the text below, obviously recalling passages from the film Matrix: “DOCTOR GRUNBAUM. Franz Grünbaum, psychiatrist, Jew of German origin who emigrated to England in 1939. From 1952, after his chemical castration, Alan Turing undergoes therapy with this doctor and forges links with his family. Coldly factual information and simple words to stir the memory of events so terrible they could not but be shouted out. Are we in a stable present, that of a real, prosaic and univocal world, or in the vertigo of the projection of a parallel science-fiction universe where meaning, as in a nightmare, always eludes and where a certain humanist ideal has been lost in the sands of an ageless history? Or is reality going beyond fiction? Ultimately, would it not all be a matter of code to be deciphered as a matter of urgency, the famous Matrix "green code" or, here, by analogy, that of the Enigma machine? From the outset, we are thrown into the center of this opera which displays its dramaturgical content, not only visually, because it is a statement projected in silence, but also intellectually, since we are informed through a machine. Cinematographic montage, multiplicity of sound and visual sources, amplified instrumental writing, sound distortions, spatialization, "rhythmic interpolation by application of encryption techniques" (in the words of the musician): these are the ingredients of Pierre Jodlowski's musical theater, where scenic events mingle with psychological depth; where, ultimately, the compositional signature and the argument of the piece are one. 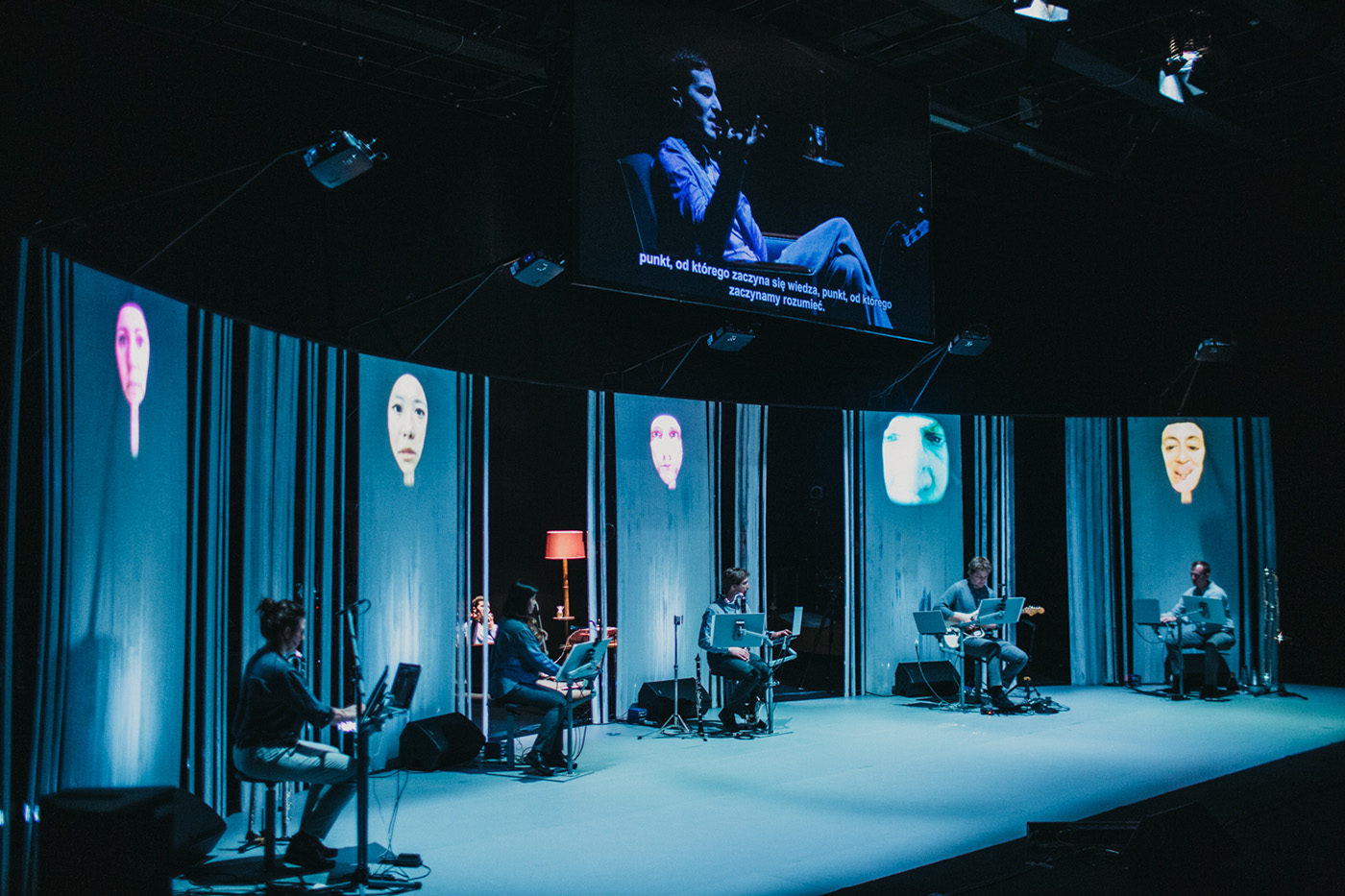 Now, a faint blue glow makes the five musicians appear spread across the width of the  stage of the ATM Studio, on the wall adorned with a barcode pattern: bass flute, bass clarinet, electric guitar, trombone and violin take over  their respective flatterzunge, tongue-rams, slaps, key sounds and glissandi in a rather disturbing background noise halo generated by the electronics. Above it is projected the sepia camera image of a forest path and then a clearing, as if it were the vision of a person moving. Soon the singer (Joanna Freszel) appears in full light and dressed in a red dress, who for the moment recites her text, in German (most of the text of the opera is in German, with subtitles). He answers, deaf, a recorded male voice. This is how Alan Turing's life is told, from an external point of view. Finally appears the latter (Thomas Hauser), a calm young man, well combed, in a V-neck sweater, seated in an armchair and in front of a 1950s furniture. He gives a monologue while holding a microphone: it is the beginning of the chronicle of its existence from an internal point of view. A double story, therefore, the diary of a single man augmented by an echo chamber giving it symbolic significance, much like the choir does in the ancient Greek theater. Turing is this bifron statue showing on the one hand an individual having the status of savior by his involvement in the cryptanalysis of thousands of messages sent by the German army during the war, and on the other, yet another "suicide of society (Antonin Artaud). "Because of his homosexuality," difference "considered at the time as a crime and therefore reprehensible. The cryptologist responds with a female voice recorded and, like its male counterpart, difficult to understand. In all, therefore, three voices: man, woman and machine (sometimes male, sometimes female). This trio illustrates the Turing test, the beginnings of work on artificial intelligence: if the person initiating the conversation does not distinguish which of his interlocutors is a machine, the software has successfully passed the test. The conclusion is that a device becomes "intelligent", that is to say "human", if it is not riveted at the moment but remembers previous states, in short if it acquires memory. 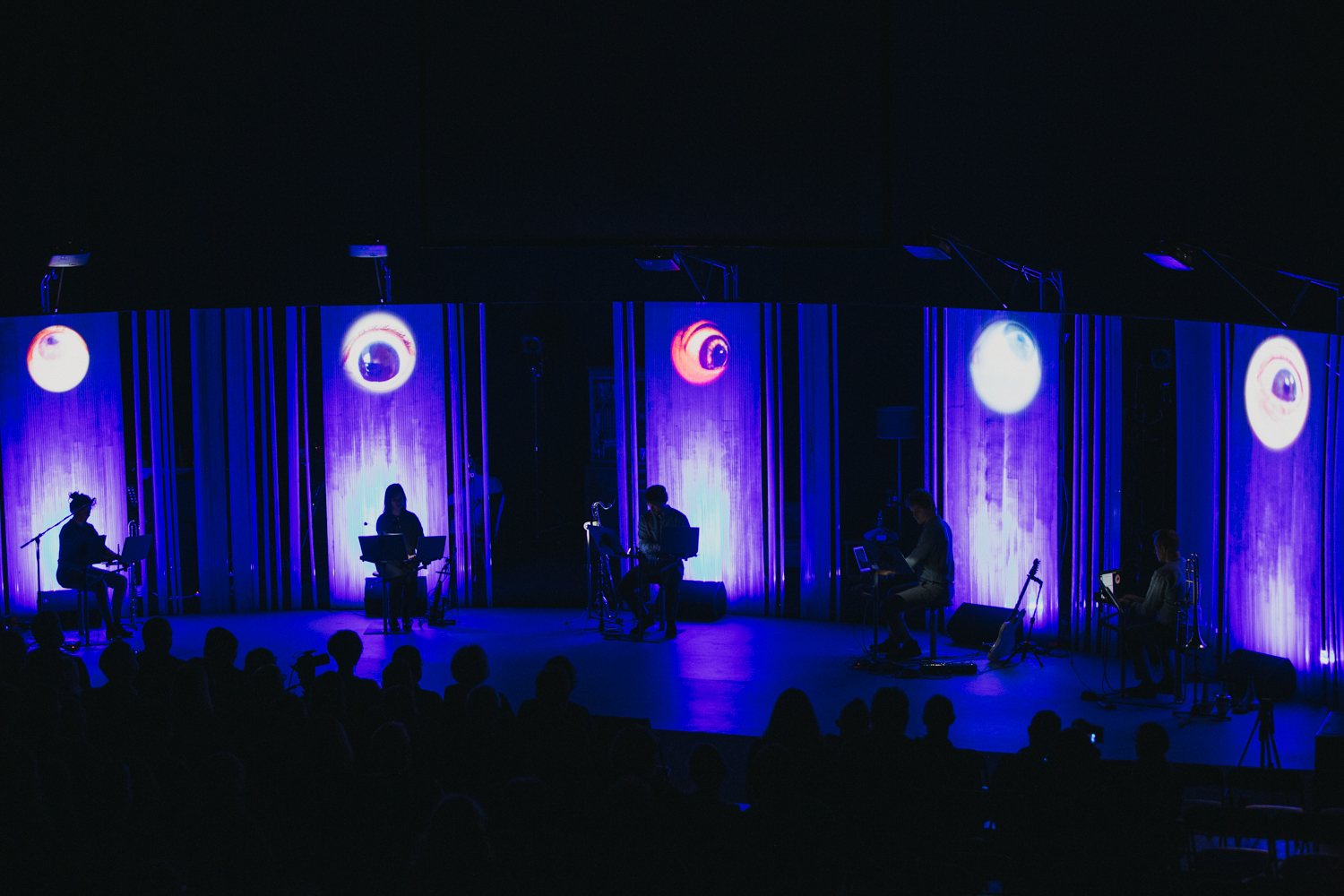 Sometimes, the singer's recto-tono recitation becomes sprechgesang, even vocalizations like Nina Hagen: yet another amplification, that of singing, which transforms human speech into poetry by going beyond its simple communicative function. Symbolically, singing saves the machine, which, as we know, is omnipresent in our daily life. The opera unfolds in tableaux or moments, in a sort of linearity maintained by the instruments and electronics, but without ever losing strength. These can also save breathing space in the economics of dramaturgy. Thus will parade the different chapters of a shattered destiny against the prejudices of an era. The ultimate "mise en abyme" of meaning, that generated by the audiovisual device by the projection in black and white or in colorized images of several faces in medallions, all grimacing. Sometimes these freaks (reference to Tod Browning's film?) Are reduced to the size of eyes, like so many surveillance cameras ... Would they hijack the Turing test, these animated gargoyles who seem to be real lunatics out of archives, by asking the humans that we are, no longer what differentiates us from the machine, but what part of the virtual has infiltrated us, modifying us without our knowing it?

With this very beautiful show, Pierre Jodlowski continues to amaze and charm us with his coherent choices, the correctness of the subject, the general balance of his aesthetics and the rare density of his universe.