60 loops was commissioned by the Myriam Naisy's Company for the project "backwards 2". Each project with this choreographer consists in a new challenge : here the opportunity to approach the music world of Steve Reich and give to musical time a funny and relentless meaning.
From Steve Reich, I borrowed the principle of repetition, but it is compounded by a stacking principle up to 40 quartets that play simultaneously. Each cell performed live is then repeated by a prerecorded soundtrack until a saturation of the sound space.

The musical gesture is absorbed by itself in a dynamic and hypnotic progression where machine and human gesture have some exhilarating and excessive relationships. 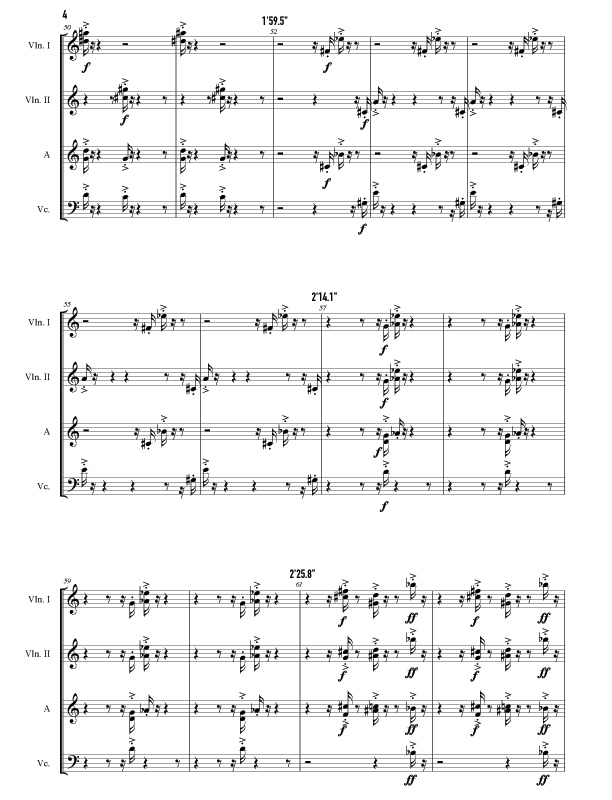