"We call barbarity what we are not used to."
Michel De Montaigne

The title of this work has two meanings. Barbarism firstly refers to "the use of words not accepted in standard usage", and actually it is for this reason and for the stylistical effects it produces, that many writers use it. Secondly, in ancient Greece and Rome, people would call barbarian that which did not belong to their civilisation.
In the middle ages, a country would wage a war against barbarians or foreigners in order to impose its so called supremacy. Generally speaking, we consider barbarians or barbarity what does not belong to our own culture and usually in a pejorative sense. To write this composition, which is divided into three major parts, I have borrowed some characters from medieval imagery. Each part is devoted to one of them and so, we have "The Knight"," The Fool" and " The King". BARBARISMS is not a so called "musique à programme", but a collection of certain images that are imprinted in our collective memory and which were with me throughout the work like an obsession.
"There are no knights nor barons who do would not shed bitter and pitiful tears.

They weep for their sons, their brothers, their nephews and their friends and their lords. They fall upon the ground and faint." (ext. from : La Chanson de Roland). The music can be interpreted as a kind of journey of each of the characters : The Knight, singularly violent, clashes of metal, clanging of swords from lands devastated by the barbarians, The Fool, who after the night of a storm, tries to make his song heard at court, a useless sacrifice ; - metaphor for the artist, and lastly the King who after a lifetime of battles, has nothing left other than deep nostalgia.
In the end ,the piece BARBARISMS attempts to portray the difficulties we have in trying to be consistent with the world around us. It is in many ways my answer to the violence of our times. 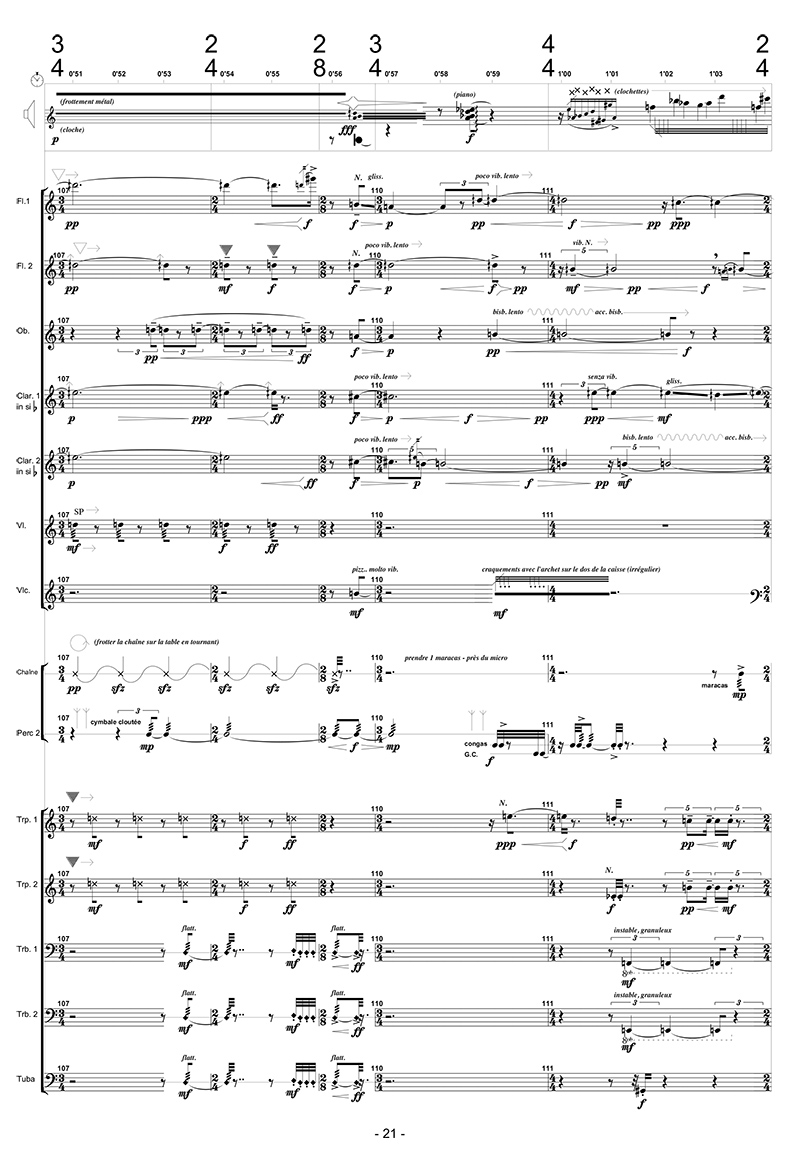