This piece, commissioned by Berlin's Lux: NM ensemble, is at the crossroad between theater and music. The project includes a group of teenagers whose function is to disrupt the performance and to produce a reflection about subjects embodied in the title of the play :
- the lies in newspapers (Diary)
- the disappearance of chance - as a metaphor of a society under control - (Random)
- a picture of inconsistence (as the pickles have really no culinary interest!).
The performance is organized as a succession of short « acts », a strong and cynical critic of a world where teenagers refuse to submit to the system : here, their freedom contradicts the normal course of events... 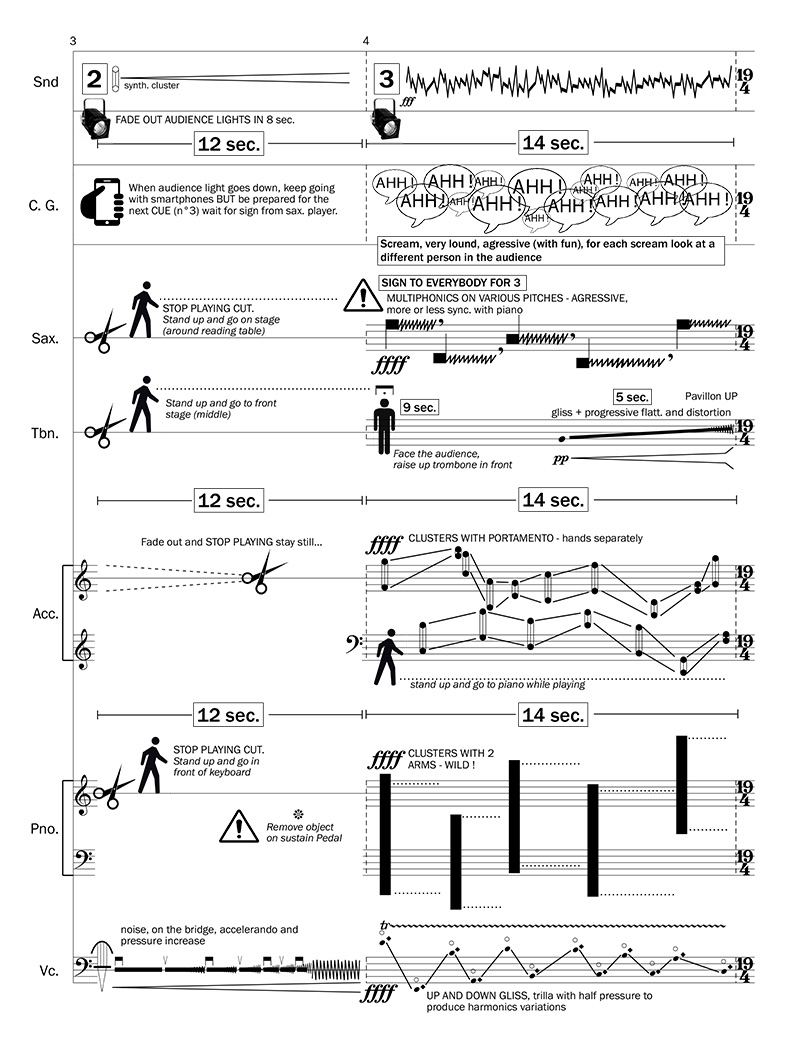