This performance may be compared to that of 2 actors in a play. Here we have two "characters" (the flute and the voice) and also two situations :

In this piece, the flute may sound swift and garrulous at times, delicate then violent at others. Its musical ranges and speeds keep changing while its tones may be either resonnant or muffled.It is also submitted to electronic transformations which fill up the acoustic space. The second character is provided by a voice which is here virtual and comes to us through the loud speakers.

Now whispered and then sung, now just talked and then amplified, it is changed into dynamic phenomenons and leads to harmonic fields but above all it tries to oppose the flute and reach autonomy. Dialog / No Dialog was composed and first performed at IRCAM - Paris and was sponsored by the "Mécénat Société Générale". 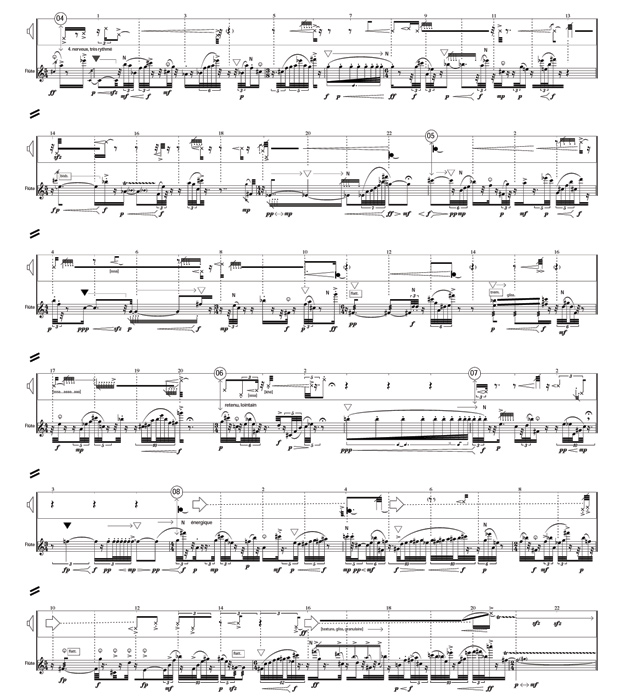