The word "drone" is borrowed from English and means literally "buzzing" noise parasite. The origin of this word comes from the Middle Ages in which it is associated with the music and the technical features of drone, at the dawn of polyphony. It also refers to stealth aircraft, operating in today's moden wars. Drone is also often used to define sound ambiances that haunt the films of David Lynch ... All of these meanings have many echoes in this music. 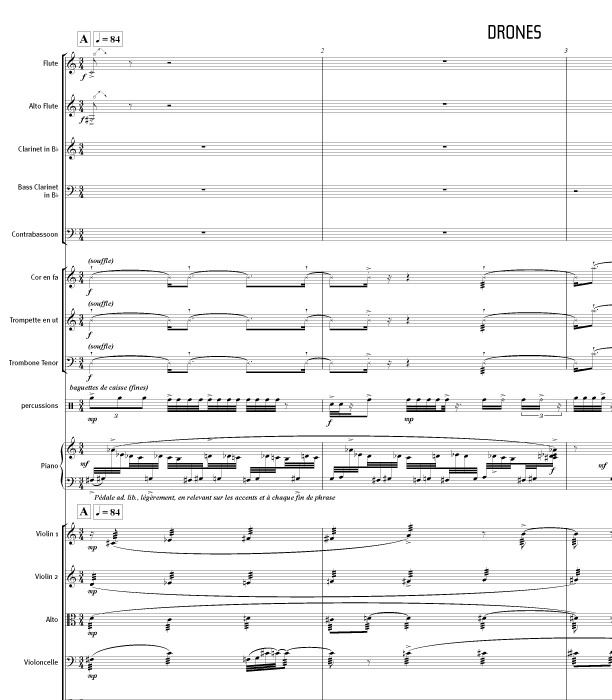