This project led my research on the side of ancient Greek metric as a starting point in order to construct structure and rhythmic patterns.
Designed in four movements, where the pulse remains pervasive, this music is based on simple cycles constantly changing.
Oboe revolve around the two string instruments, as an extension of timbre and pitch range.
As a counterpoint, a "geological" sound approach evokes an arid presence that punctuate the old vocal tracks :
Andromache: "Let's Hector! this time, have pity and stay here on your wall ; no, do not make your son an orphan nor thy wife a widow. So stop the army near the wild fig tree, where the city is the most accessible, the wall is the easiest to win. 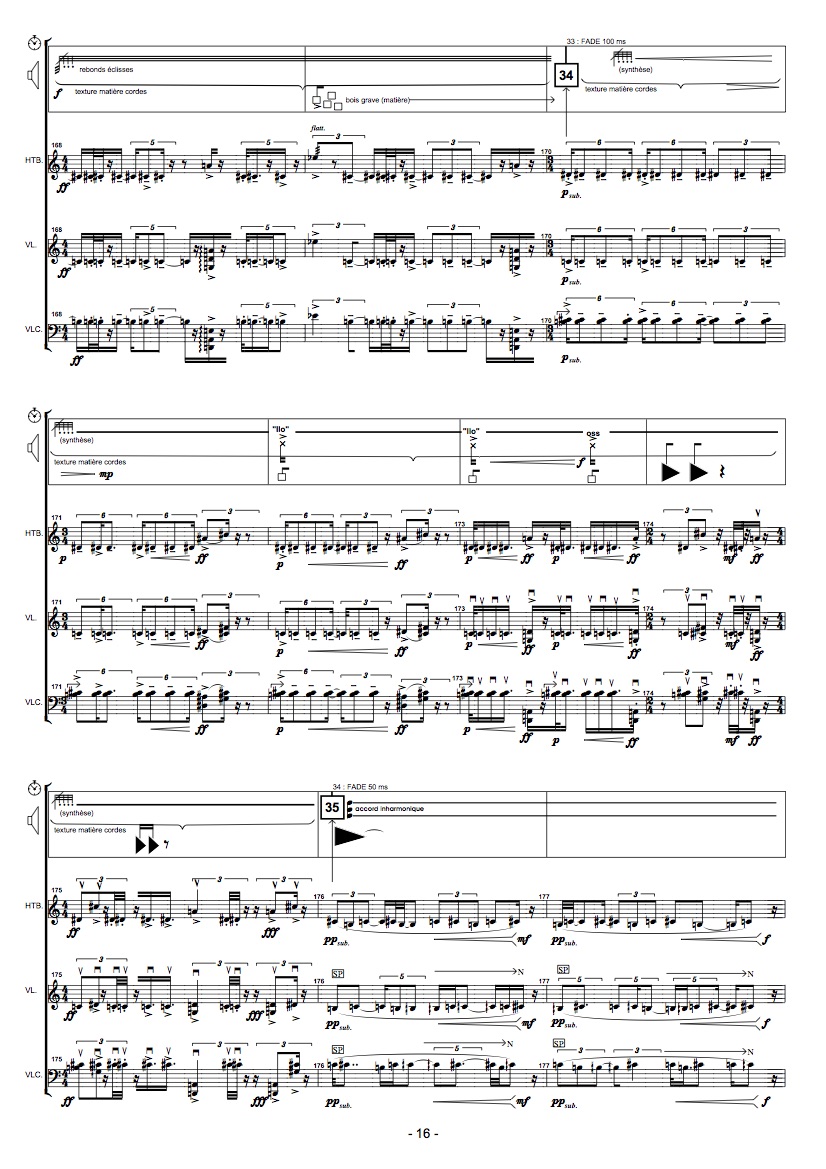