This project was commissioned by the Kammer Ensemble Neue Musik Berlin in June 2004 . Produced in collaboration with video artist and composer Pascal Baltazar, this project took place in a singular place : The Oberbaum City, a vast and recently refurbished industrial complex . Guest artists had  to take into account the uniqueness of the place... This project was composed of two performances (In & Out 1 / In & Out 2) that question the boundaries and porosities between what is intensive and extensive ; what is smooth and striated ; between  inside and  outside ; reality and phantasmagoria.

"In & Out 1" is scored for two string instruments and a sound device and video.
The expected situation is that of a continuous form and a fluid space whose components are alternately real and virtual, as video is enabling the emergence of other presences, ghost musicians that would be outside of  the perceptual field. 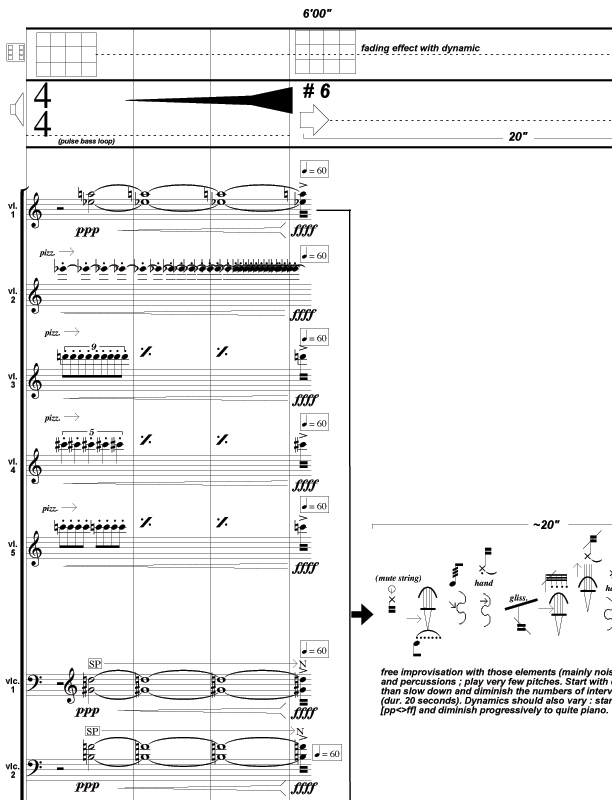