The radio opera "Day 54" has its origins in Georges Perec's last unfinished novel. Based primarily on the books of the author, the libretto for the opera reflects the complexity and power of the thought of Perec and wants to honor him.
The music, which draws its material in the classical instruments and electronic sounds is constructed in close relation with the literary world : it uses a lot of refernces, a complex editing, proliferation gestures aswell as minimal states.

The form of the work is conceived as a labyrinth, varying between understatement, palindromes and anagrams on one side, between free jazz, symphony orchestra and slam on the other...

Three actors take turn in three different languages​​, in what appears to be a "detective story" and slips into a vast universe which mixed echoes of history, mental speculation, jubilation of words and dizziness of numbers.

Live version project (2012) : a visual adaptation by Pierre Nouvel / original typography : Thomas Huot-Marchand ; this projet has been initiated by french ensemble CAIRN for a concert in Paris, dedicated to Georges Perec in 2010. 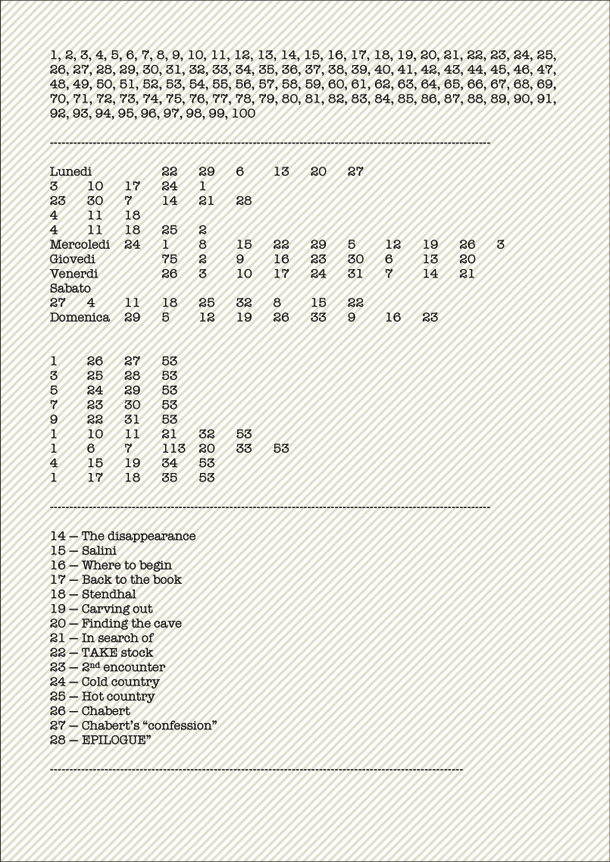 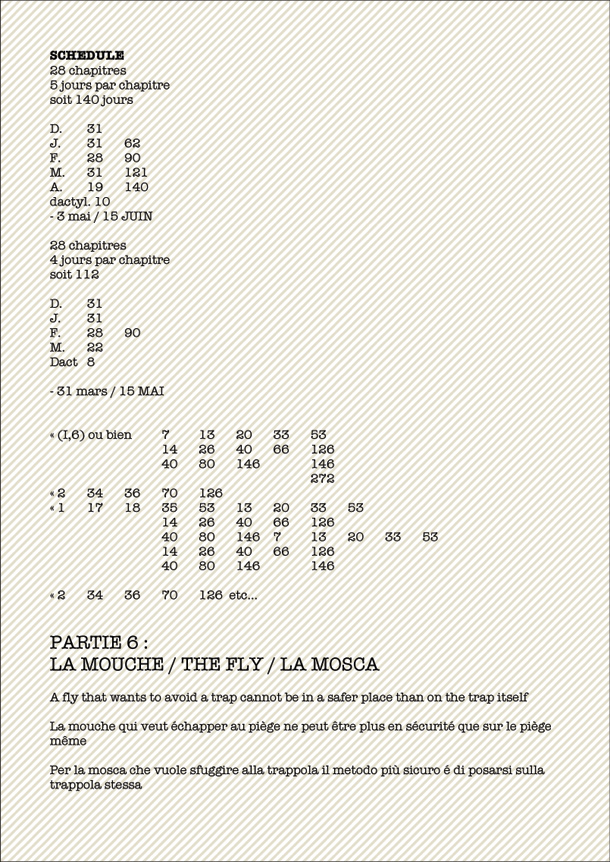 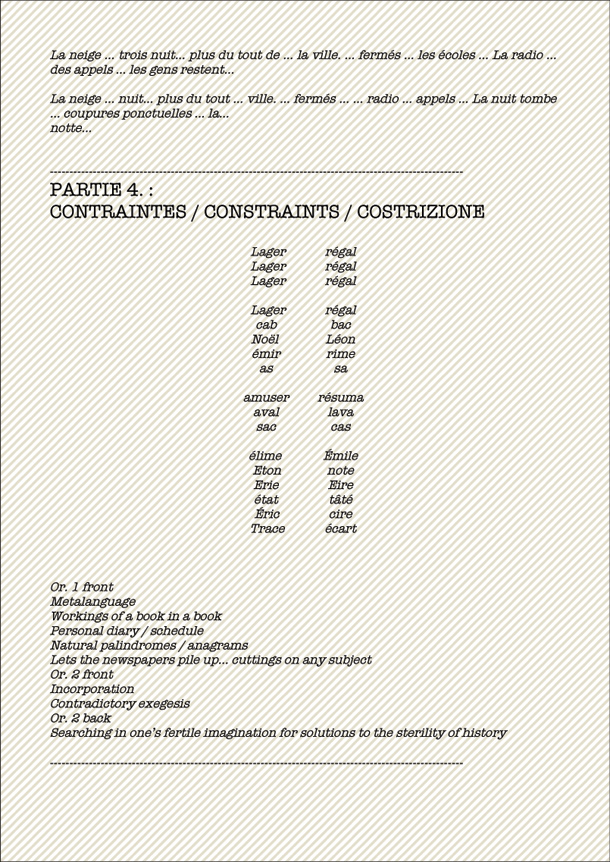