I had the idea of this composition while reading some works by Samuel Beckett. As a playwright in particular, he gives us a message defined in terms of absurdity and characterized by a strong distrust of analysis and a disenchanted outlook on our world, human nature and its finitude.

This piece offers a possible continuation to Beckett's world and appears as a permanent dialogue between the saxophone and its surroundings. Nothing really happens here and however, if we pay attention, we'll realise that components have been stripped down and are scarce, nearly obsessional. We are confined in a world full of selective references (realistic sounds suggesting eventual situations) but which definitely remains suggestive rather than assertive. We have here a constant dialogue which reveals a state of tension as well as one of complicity.

The soundtrack seems to be embodied in a kind of fierce and significant character. We are drawn into a world full of conflicts, of fights, but which has also its sweet or blackly-humoured times. We are surrounded by pathetic radio ghosts, victims of mockery; we experience the joy that a «very free » jazz would give us as well as a great tension produced by the extremely distorted spectrum of the saxophone.

Everything here may seem unlikely, there could just be a tangle of situations sliding into one another ; meaningless and drooping energies, complex states opposed to a deep emptiness; nothing more than what is often at work in our dreams… 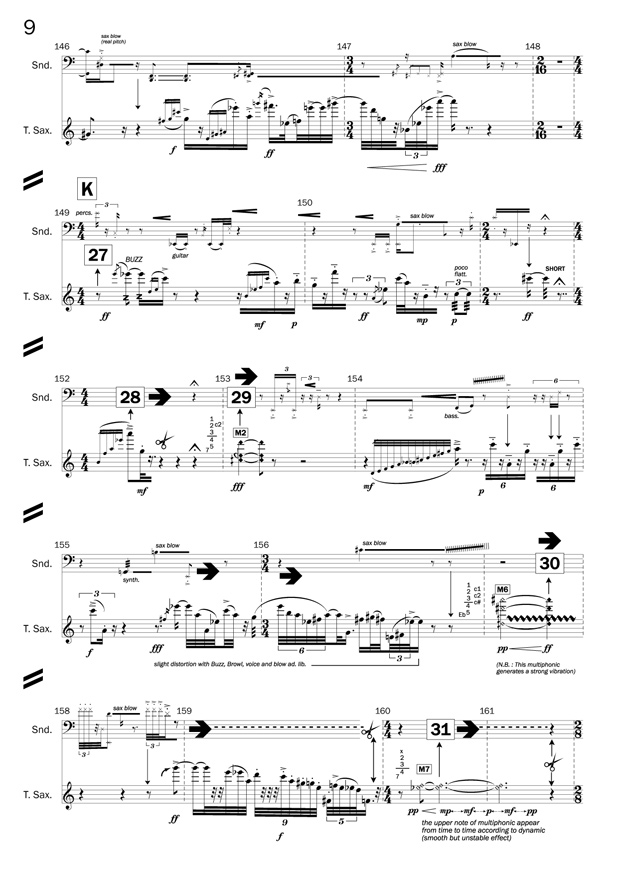