The word "mixtion" is an old word which means mixture: "Heterogeneous elements are mixed and give birth to a new substance."
This composition has been imagined like a dialogue between the instrument and the sounds which surround it. It respectively investigates connections between pre-recorded sounds and sounds reacting in real time to the musician's playing. Here the saxophone reveals its numerous possibilities : sometimes in an expressive solo, somewhere else as a part of a jazzy polyphony, transformed sonorities which burst out in a quadriphonic space...
Listening to MIXTION is like discovering a many-sided town. Alchemy works here like the celebration of a possible difference : different elements might be linked together by often repeated touches of colour. 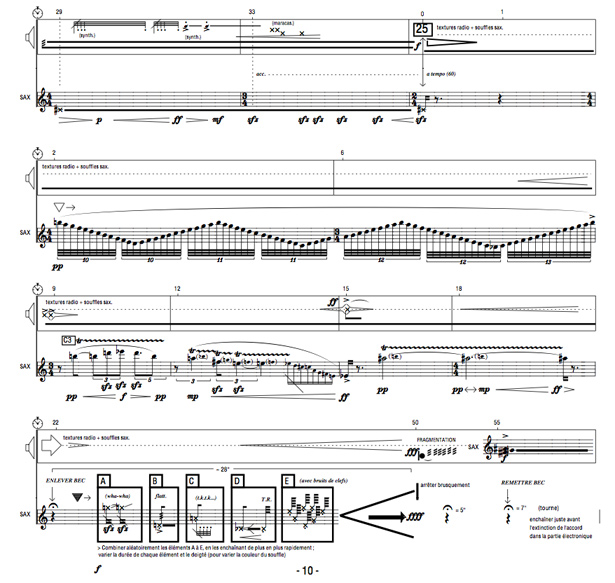