"Série blanche" belongs to the "series" cycle devoted to piano works. This cycle which started with " Série noire" in 2005 was commissioned by the Orléans International Piano Competition.

In this cycle, each colour provides an opportunity to investigate a particular link of music with image. The latter may be cinematographic or mental ; it is a reference space, the writing starting point.

This project based on a cumulative writing principle develops the feeling of a meaningless,rather mechanical world. It might be considered as a possible transcription of "Un Roi Sans Divertissement ", a novel by Jean Giono that was published at the end of The Second World War. In this book and its film adaptation by François Leterrier, absurdity and violence are the result of man boredom.

There are pictures of white snow-covered landscapes around a grey village with its black figures . Red is added to this colour range only when blood is shed as if it were the only possible way of solving an absurd situation. Music, therefore, is characterized by an apparent nonchalance, by a sort of very simple sweetness, but the layers stack on, every recorded sign  (ou mark ?) remaining and weaving the line of a crescendo that ends in excess. As Albert Camus did in "L'Etranger ", Giono wrote this book to say the people's lack of understanding when concentration camps were discovered.

I have written this music to tell the relentless mechanism which implies the disappearance of our perceptual processes and the gradual erosion to which we are submitted. 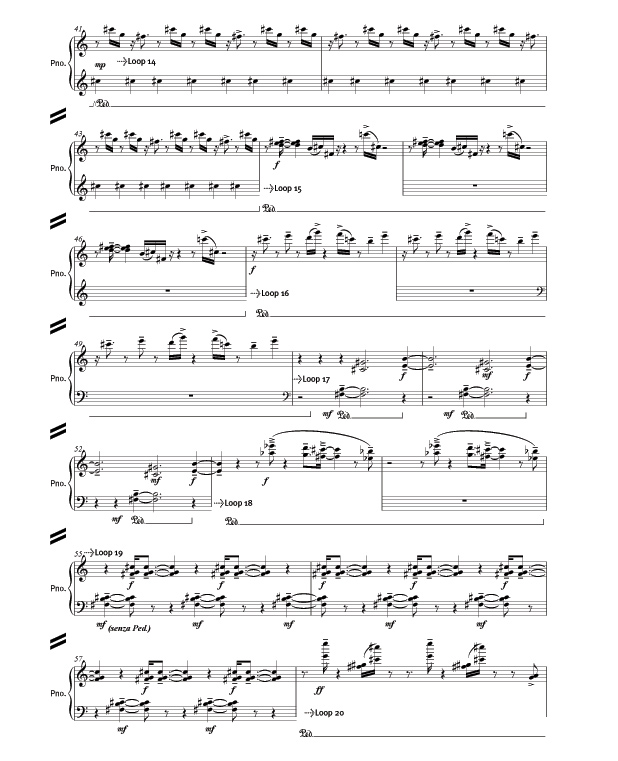