This composition has been inspired by the thriller universe and more particularly by movies. I have actually tried to build a multi fictional space where characters, heroes of different films would meet and exchange. There may be a story and a possible direction to follow : A man is missing, the people looking after him find out he is the victim of a conspiracy, he has been trapped and will be forever  cut off from those who love him.
The pianistic writing derives from these narrative issues and requires a highly concentrated material, made up here of three elements :

Each of these elements is being developped and related to the soundtrack. The latter alternately suggests moments of great tension, of breaks and impossible conversations. A sense of humour and a hint to the notion of « cliché » are quite obvious here. The omnipresent voice-overs and referent noises in the soundtrack could make us  believe in a film music.

It is actually the opposite as this composition is rather « a film of musics » : everyone here being able to use freely these sound-devoted spaces to imagine his or her own world. 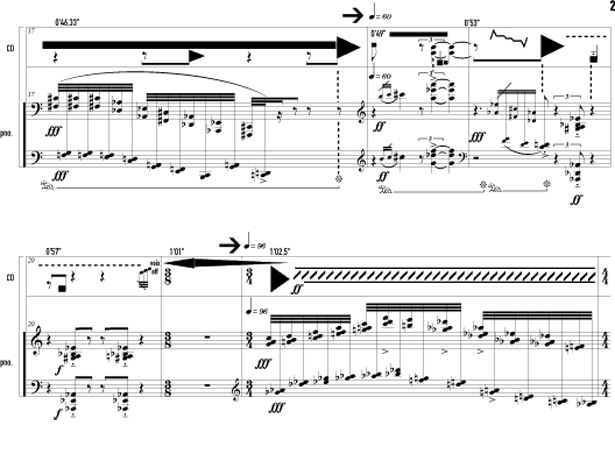