Beeing part of my cycle for piano and tape music, "Série Rose" has been largely inspired by sex, pornography and love conversations... There is no point in expecting here a "pure" music that would be deprived of any expression or message : I have wanted this work to be deeply rooted in a suggestive and narrative process and I had no other intent than its evocative quality.

"Série Rose" takes you along a chaotic path interrupted by ambiguously coloured breaks ; we cling to a pulse and then get lost in imaginary conversations which may also have been taken from some referential movies, we are surrounded by voices and breathings, by sensual and pathetic groans.

What finally remains is only an art of time mingling hypothetical narration and musical energy. There is no other colour than this terrible pink, an indestructible and dreadful picture of love. 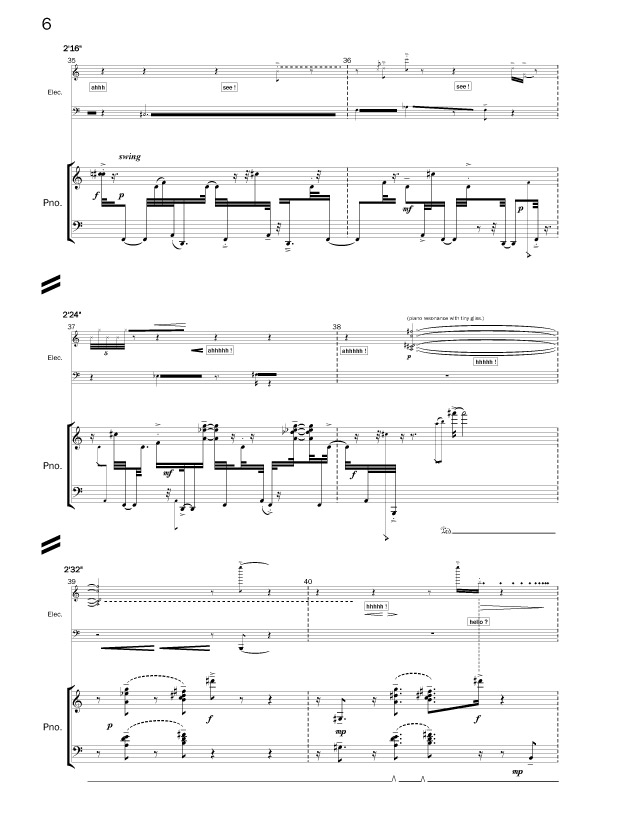