Série Bleue is the fifth score part of the "Séries" cycle. After Série Noire (based on thriller), Série Blanche (dedicated to absurd), Série-C (tribute to John Cage) and Série Rose (about pornography), this piece is directely inspired by my personal encounter with the blue monochromatic paintings from Yves Klein.

The idea was here to describe a minimalistic state but in which some resonances, echoes and tension progressively appear. The music starts very slowly and the material consists of one main chord and melodic patterns which are repeated and softly developped. Indeed, one can hear in the soundtrack some tiny accidents, some little cracks which will grow up and contaminate music - such as in Klein's painting. In the middle of the piece, a clear pulse appears and the music changes into a complete different color. It may be some kind of way to express some strange feeling linked with those monochomatic blues from Klein. Those paintings have the stange power to absorb ones mind and some escapism is somehow needed !

The electronic part is based mainly on electric bass sounds which were performed in studio and which are acting like a presence, next to the pianist. Those low sounds create some harmonic fundaments and lead the music to some electric counterpoints where energy is slow but powerfull. 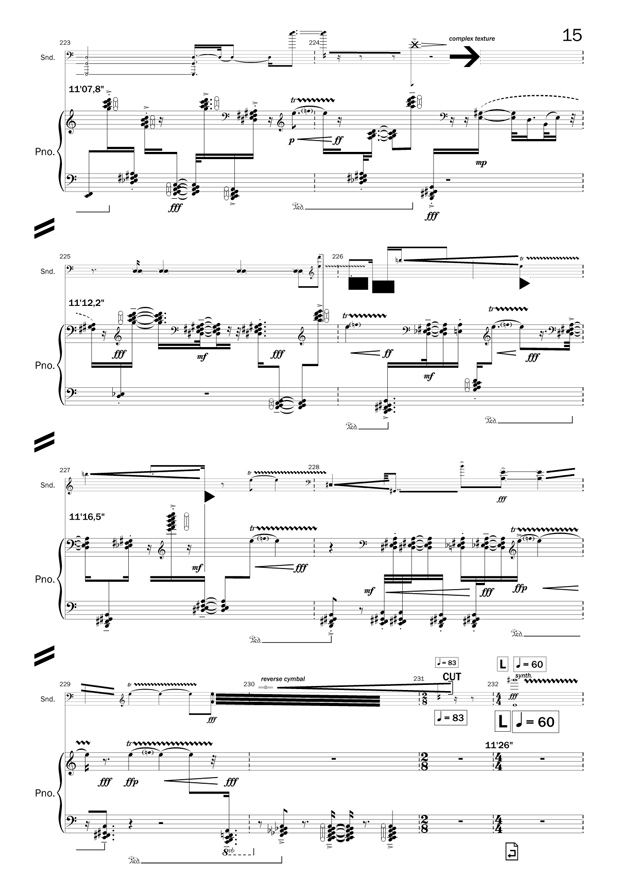