Home › Catalog › Solo music › SOMETHING OUT OF APOCALYPSE

SOMETHING OUT OF APOCALYPSE

This composition refers of course to Coppola's masterpiece, Apocalypse Now, which I discovered in a rather unusual way : I didn't actually see the film when it was originally released, but a few years later. I first listened to the soundtrack, on an old L.P(vinyl) which was quite damaged, spoilt with scratches to the extent  that the voices of Captain Willard and Colonel Kurtz  were scarcely heard. Some time after, I read "Heart of Darkness" by Joseph Conrad which Coppola adapted for his film and it was only a few years later that I saw the film in a poor suburban cinema.
What can I remember from this "Apocalypse" ?

A very efficient but completely out of control movement of the mind.., the feeling  it was unbearable to listen to Kurtz's recorded voice at the beginning of the film... images of the hostile jungle and of the river, of man being lost… an impression of irrational power and a great emotion. It was a realistic and powerful lesson on war and its absurdity.

This piece is structured around two main themes: a rather nostalgic atmosphere created by extracts from accordion popular dance music and in the same time, a weird and uncontrolled energy in which one can still hear machine guns, screams and distorted guitar sounds.

This piece is dedicated to Pascal Contet 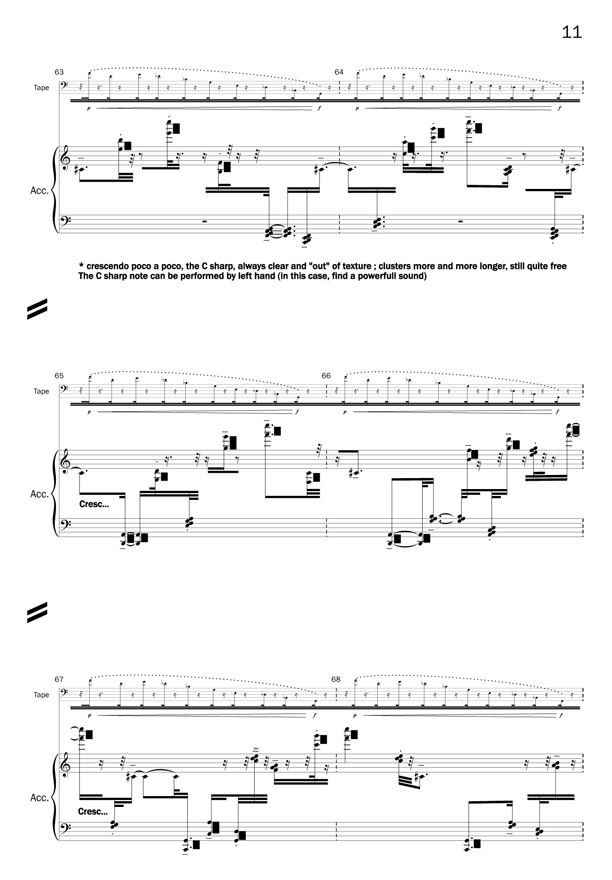