Home › Catalog › Chamber music › THIS LEADS TO AN EMOTIONAL STASIS

THIS LEADS TO AN EMOTIONAL STASIS

Stasis is a peculiar state of body and mind : it operates beyond ecstasy and is a kind of perceptual decision flow close to that of physical death. Stasis is also a metaphor often used in science fiction to describe a state in which the flow of time is suspended. It thus opposes the normal course of «things» and places the individual concerned outside the world.
This theme is the starting point of an imaginary semantic world that would be organized in terms of perception around this stasis. The expression in music of a timeless state which would stand in opposition to the agitations of the world.
In my research and work over a number of years around image, sound, and light I have been looking for musical forms that attempt to move beyond the classical concert, both in their duration and in consideration of the scene as a vehicle of meaning. I have been in search of a «narrative» connection or conceptual idea that adds to the musical content. This piece pays tribute to Jani Cristou, greek composer from the 70’s who developed a very unique artistic world based on rituals and archaic states. 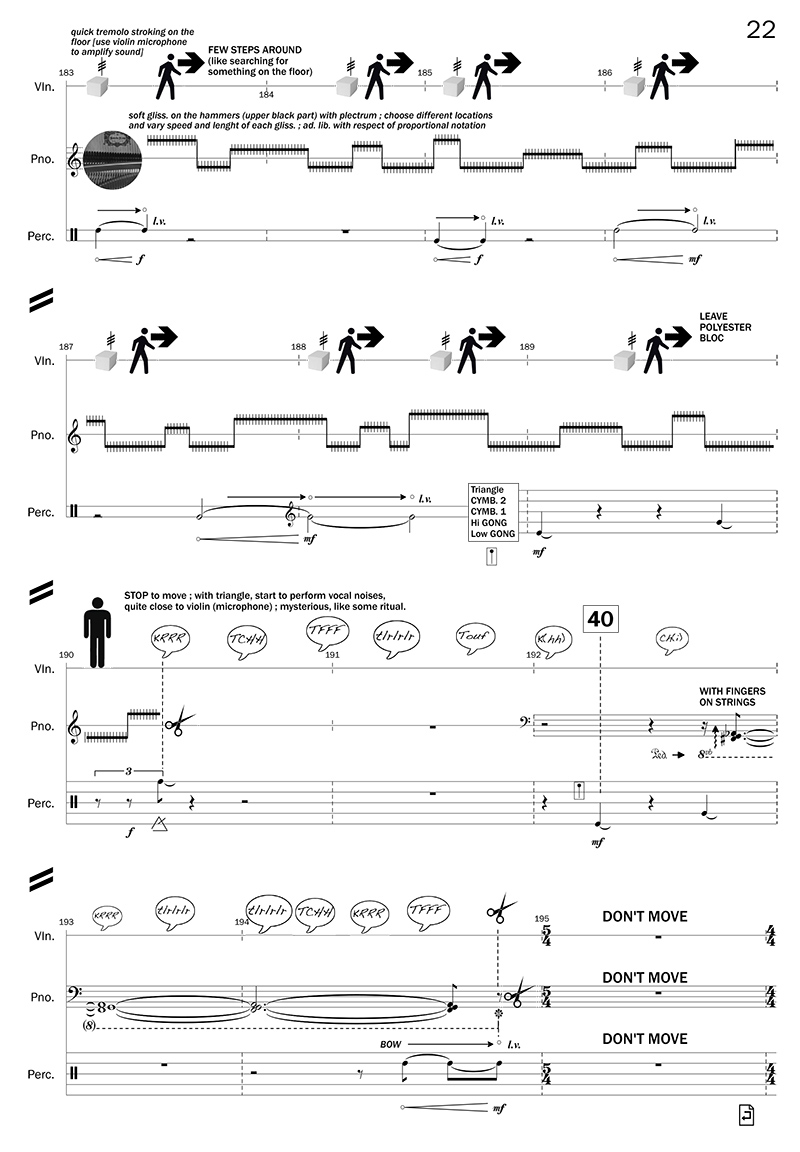 First performance: 21st of May 2016, festival « Les Musiques » in Marseille by Talea Ensemble