When Fernando Pessoa wrote ULTIMATUM, in 1917, he judged Europe with an extreme violence and he charged all political, bourgeois or industrial forces with leading our world into complete decay. We might very well say these prophetic words could have been written today, as we are going through difficult times, when moral and ethical values are forgotten and obscurantism is invading European countries that fail to reach a commun, consistent and strong identity.
How could we be surprised, when we know that contemporary Europe has been built mainly on an economic basis which certainly hasn't included its deepest and most precious potential: the extraordinary and colourful plurality of cultures and languages, of histories and words.
Have we really become so blind ?
How can we accept to listen to absolutely vacuous newscasts when Syrian families being the prey of corrupted networks are dying on dilapilated boats ? We happily enjoy the success of sport stars as well as the performances of famous opera singers and conductors, ignoring their overblown wages !!!!
When I met the students involved in The French « Grand Prix Des Lycéens », I was struck by their deep urge to make some marks in their young lives, by their interests in a message that could give them a sense of criticism or some ways on how to get on in their young lives. I tried to show them that an artist doesn't really aim to amuse people. His intention is completely different. He tries rather to be aware of what is happening in the world, and then explain his deepest convictions in his music or his words.
When I read ULTIMATUM, I felt absolutely convinced that an artistic work must be an act of rebellion and resistance. We don't have to take for granted what egocentric and narcissistic stars want to impose upon us; they may well think Mozart is an untouchable icon but they don't have to despise our present day artists artists. Mozart is dead and it serves them well because he wasn't so easy !!!

This work is especially dedicated to the 3000 French students involved in the Lyceum Prize, but also to all living composers and artists who are not afraid and want to remain free. 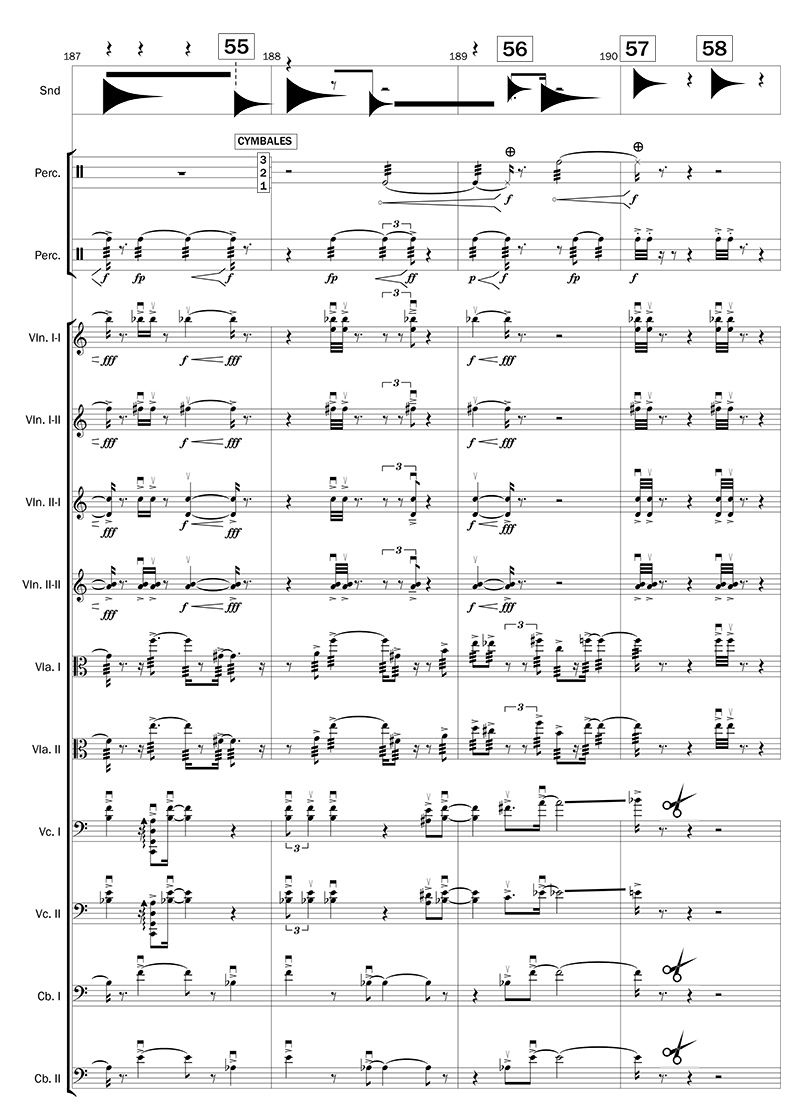 Commissioned by : Musique Nouvelle en Liberté, for the Gand Lyceum Prize of Composers